Menorca, with an area of 702 square kilometres and 216 kilometres of coastline, has a privileged location in the Mediterranean.

For centuries it has been a strategic enclave for all cultures and this has conditioned many of its constructions, taking advantage of its particular orography.

One of these elements is the Camí de Cavalls, a path that runs along the entire coastline of the island and which has been used to defend the entire coast since 1330, when King James II decreed that armed men on horseback were obliged to guard and defend the island of Menorca. This route was also used later by the English and the French during their periods of domination in the 18th century.

It was not until 2010 that it was inaugurated as a public path and was included in the programme of European Long Distance Routes with the reference GR223. 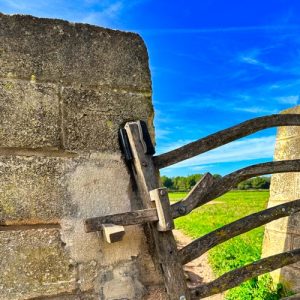 The 185 km of Camí de Cavalls is divided into 20 sections or stages ranging from 5 km to 14 km and will allow us to enjoy the beauty of the Menorcan coast and discover a historical, ethnological and scenic heritage unique in the Balearic Islands.

The entire route is signposted with wooden markers and maps to prevent us from getting lost.

As this is a nature trail that is totally integrated with the environment and the orography, it is advisable to wear appropriate footwear, to be well dressed with drinks and, above all, to take into account the weather forecast at all times, both rainy and windy. It is also essential to take into account the best time of the day or year to do the routes. On hot days it is important to bear in mind that the route along the north of the island has practically no wooded areas to shelter from the sun, which is the case on the south coast.

The old path is also the scene of major sporting events such as the Trail Menorca Camí de Cavalls, in which participants walk along the entire coastline of the island without stopping, the current record being 18 hours 42 minutes, or the Camí de Cavalls 360º Non-Stop MTB, in which the entire route is covered by mountain bike and the record stands at 10 hours 2 minutes.

What to bring in your suitcase to Menorca

You can find out more about which cookies we are using or switch them off in settings.

The best offers and promotions in your email. We want to send you the latest news of Grupo Galdana and keep you updated with our news.

The best offers and promotions in your email. We want to send you the latest news of Grupo Galdana and keep you updated with our news.
< Back to all hotels
Cala Galdana
< Back to all hotels
Sur Menorca
Abrir chat
¿Necesitas ayuda?
Grupo Galdana. Menorca
De lunes a viernes, de 8.30 a 13.00 puedes contactar con nosotros a través de Whatsapp.
Las llamadas de voz no pueden ser atendidas.
¿En qué podemos ayudarte?

This website uses cookies so that we can provide you with the best user experience possible. Cookie information is stored in your browser and performs functions such as recognising you when you return to our website and helping our team to understand which sections of the website you find most interesting and useful.

Strictly Necessary Cookie should be enabled at all times so that we can save your preferences for cookie settings.

If you disable this cookie, we will not be able to save your preferences. This means that every time you visit this website you will need to enable or disable cookies again.

This website uses Google Analytics to collect anonymous information such as the number of visitors to the site, and the most popular pages.

Please enable Strictly Necessary Cookies first so that we can save your preferences!